Students who have read this piece: 1,370 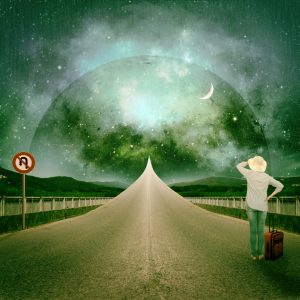 While students who have not fully grasped the reason behind writing a literary essay tend to loathe such an essay, the ones who are aware of its goal pride themselves in delving deeper in the story and writing an essay that, like a gem of wisdom, can enlighten the readers. In this essay, I try to explain the why and how of writing literary essays.

While knowledge is one’s awareness of ideas and facts, wisdom is one’s ability to discern and judge which aspects of knowledge are true and applicable.

Humans have acquired wisdom through folktales handed down from one generation to the next. Such traditional stories, as well as their modern counterparts, facilitate the transfer of wisdom by conveying their messages and morals through various literary elements, such as characters and conflicts, which are also the major constituents of real life events.

Inferring the true face of a character in any story, for instance, is a prominent product of wisdom. With only scanty hints and insinuations, critical readers, who are armed with such a capability, can get an accurate insight into a character’s personality, while inexperienced readers, even with abundant evidence, fail to make correct inferences about characters. It is the privation of this competence that leads the youth to make unfounded judgments about peers with whom they associate.

Wisdom is also demonstrated when people identify the existing conflicts and decide on an optimal course of action in tackling them. Failing to recognize the conflicts or associating them with the wrong causes can lower the chance of conflict resolution. In fact, people who are adept at successfully de-escalating and resolving conflicts are endowed with the ability to accurately identify and assess conflicts.

Another aspect of wisdom involves one’s awareness of the short and long-term consequences of decisions. A teenager who cannot foresee the ramifications of his or her actions before they actually materialize is indeed deprived of the wisdom required to look into the future. Such wisdom also results in providence, the capacity to foresee future events and prepare for them.

It is, in fact, such products of wisdom that can lead one to prosperity and happiness in life. Otherwise, sheer knowledge of facts and ideas cannot make people immune to mistakes and failures.

Nevertheless, despite its urgency and importance in life, wisdom, unfortunately, is most effectively absorbed through observation and experience rather than training and education, which makes its acquisition really costly and time-consuming. Therefore, people, for millennia, have strived to convey their words of wisdom in fiction or nonfiction stories, whose characters and conflicts can be vividly imagined.

As the most effective and the least cumbersome shortcut to wisdom, stories require the medium of language in order to exist, making them the most important channel of transferring wisdom from generation to generation.  Accordingly, out of the many school subjects, history and English are the most wisdom-inducing subjects. They are galore with stories, fiction or nonfiction, with characters and conflicts, which either end in tragedy or prosperity. Just like real-life experiences, these stories impart their lessons indirectly through numerous twists and turns, which requires readers to make decisions based on meagre evidence.

To help students accomplish this two-fold purpose, educators have resorted to literary essays. Writing a literary essay requires students not only to clearly comprehend the language of the text but also to critically evaluate the ideas and facts to draw logical conclusions, which will ultimately help them gain wisdom.  While students who have not fully grasped the reason behind writing a literary essay tend to loathe such an essay, the ones who are aware of its goal pride themselves in delving deeper in the story and writing an essay that, like a gem of wisdom, can enlighten the readers.

Well-written literary essays, in fact, save the message of the story from obscurity and ambiguity and are excellent proof that the writers of such essays can accurately deduce meaning from seemingly unrelated events in real life. They show that such writers, indeed, have become wiser through reading the story, reflecting upon it, and connecting the events, conflicts, and characters to those of real life.

For instance, students who have written a literary essay on the factors leading to corruption in the story of Animal Farm not only should comprehend and enjoy the language of the story but also must identify the factors leading to the corruption of the revolution and detect the presence or absence of such factors in their society. Such an ability to discern and judge is the wisdom gained through reading the story. Likewise, having observed and analyzed the character of Napoleon in the story, students must be able to recognize the traits that render Napoleon a dictator. Failing to do so indicates that the readers have failed to absorb the wisdom embedded in the story. Therefore, regardless of the extent of language enhancement, the students who have not learned any practical wisdom from the story have failed to achieve the two-fold purpose of the English class.

However, is it fair to expect students to independently extract the wisdom hidden in the fabric of the story by a wise and experienced writer or thinker? In fact, there is no such expectation. In the case of the story Animal Farm, for instance, even though certain students, who are assigned to explore the factors leading to the corruption of the revolution, may decide to come up with original ideas, there is no need for students in general to reinvent the wheel. Such factors have already been delineated by experts such as sociologists or political scientists. Therefore, students can simply access this knowledge by researching and reading various sources. In fact, it is not knowledge of such factors that constitutes wisdom; rather, it is the ability to evaluate governments and identify corruption that is considered wisdom.

Therefore, it is advisable that students research the topic more broadly before embarking on writing any literary essay. For example, in this case, they can explore the general factors that lead to corruption in any society. Students are not asked to create wisdom; rather, they are expected to identify, recognize, and apply the wisdom in the stories they read. As a result, having listed the general factors leading to corruption, students need to be able to relate the events in the story to the listed factors.

Once students have gained the theoretical knowledge of an issue, it is imperative that they reflect on characters, events, and conflicts and make connections between their newly gained knowledge and the story to draw accurate conclusions and judgments.

PanikDragon
23:37 16 Mar 21
George is very cool so you should subscribe to his hall of fame :0. He taught... me how to play Brawl stars, roblox, how2english games tooread more

Kathy Hu
00:39 03 Mar 21
It's really really good. You can learn a lot of things such as new vocab,... writing grammar, and he helps you correct your awful mistakes. :))) I highly suggest you to join!read more

Janet Lin
23:11 02 Feb 21
My English has improved significantly attending George's classes, he gives me... correct guides and I can easily understand it and apply it on my assignments. I always have a lot of fun in class and have plenty of time to speak in class. :)read more

Dhiloshan Sayanthan
01:51 19 Jan 21
What I really like about George is that he teaches all the skills you need for... English! It's from Vocabulary to Grammar to Argumentative Essays to Reading Exercises to much more. George is also a great teacher and teaches nicely and patiently. When I started George, I didn't know bad my writing and vocabulary was until George explained to me and enhanced my writing.read more