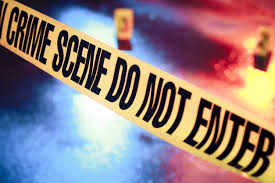 Students who have read this piece: 2,052

ROYAL FOUND DEAD ON THE SIDEWALK

CHICAGO- “A sixteen-year-old Royal was stabbed by a Guardian on Sunday night and was left bleeding to death on the sidewalk,” explained the Chief of the Police Department after reviewing the security camera footage of a thrift shop near the crime scene.

Policeman Bob Morgan was led to the crime scene by the victim’s girlfriend, Laura Freeman, after she discovered Andy Jackson, a Royal, lying still in an alley. Lying a foot away was a purple silk jacket with the words THE ROYALS written on its back.

“My boyfriend’s name is Andy; he is Andy, not a Royal. That Guardian took away Andy’s life, not a Royal’s,” victim’s girlfriend, Laura Freeman exclaimed to the reporters.

“Yes, it is a tragedy; the two gangs are big in this town. Not a doubt that one or two lives will be lost in fights, but we are surprised by this ambush. We will update the public as we continue to investigate this crime,” stated Officer Bob Morgan.