Skip to content
Students who have read this piece: 9,652 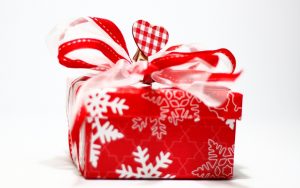 This personal narrative is written by one of my grade 7 students. He has used some of the elements of fiction, such as dialogue, flashback, suspense, to make the narrative an interesting piece to read. He has also used a number of literary devices, such as simile, and imagery, to help readers imagine the events in the story. Finally, he has presented his thesis clearly at the end of the story.

I was in my room playing video games when suddenly my mom announced that Christmas was arriving soon and that we all had to buy presents for the family. I knew what it meant. It meant that we had to go shopping. Each year if my mom wanted something, I had to get it for her. My presents never went over $40, while my mom’s went close to $100. This year, though, something unusual happened like an elephant eating a crocodile. My mom actually told me how much she wanted me to spend on her gift!

“K,” she replied with a smile.

We went to Markville Mall. At Walmart, I bought some books and a pair of headphones. I was thinking of saving money for an iPhone, but my mom literally wasted my $50 on a pair of earrings. They were pretty, but I thought she should have used my money on something worthy. The reason I say it is that she has a lot of earrings at home, and she never wears them. She just buys them and wears them for a week and never wears them ever again.

The next day I went to my grandparents’ house, and they said that they were taking me to Markville Mall. I wondered why we were going there again. I had just been there the day before, and now I was going there again! We got into the car and drove straight onto the highway. In a matter of minutes, we arrived. I ran as fast as the flash to the Apple Store and looked at the iPhones, and my grandparents followed. I didn’t know what my grandparents were up to since I had started playing a few addictive games on the iPads.

Suddenly, I remembered a few nights before I had heard my mom talking to my grandma about my grades on the report card. She said that I had done really well, in fact way over her expectations. My grandma was very happy and told my mom that she was getting me something as a gift, which I didn’t take seriously at the time.

At home, I decided to take a shower. As I was walking into the bathroom, I heard my grandma calling my mom and saying something about a cell phone. I cut my shower short as I was curious to know what was going on. After my shower, I immediately went to my bedroom. There was a wrapped box lying on my laptop. It was shiny and had many different colours on it, red, orange, yellow, blue, and green. It had snowman pictures on the back and read “Congratulations.” “What would it be?” I thought. Then I thought to myself, instead of wasting all this money on little gifts, if everyone had given the money to me, I would have been able to buy myself an iPhone. So very reluctantly, I decided to rip it open. But much to my surprise, I found an iPhone 5s in the box. I couldn’t believe my eyes. I almost cried and set it up immediately. I had a hard time focusing on what I was doing, and my tears dropped all over the phone.

On that day, I found out that if I worked hard and did something well, my achievement would be noticed, and I would be rewarded by my parents and grandparents. I also learned I should not make rash judgments about people.

That night, I hugged my grandparents and thanked them so much for their wonderful gift. My grandma told me, “If you work hard, you will have a bright future.” So that is why I am heartened to aim for the best in school next year as well.

Steven Zhu
02:03 13 Jan 21
George is a remarkable teacher who not only is highly educated, also good at teaching!
Next Reviews