Students who have read this piece: 1,361 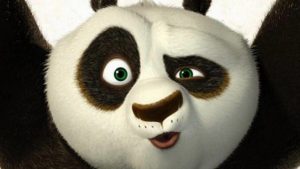 This extended paragraph is written by one of my grade 9 IB students. He has compared the ancient hero of Theseus in the myth of Theseus and Minotaur with the modern hero of Po in Kung Fu Panda. He states the thesis clearly and provides detailed reasons, proving that Po is more heroic than Theseus.

Po from “Kung Fu Panda” is more heroic than Theseus from “Theseus and the Minotaur.” Po is braver than Theseus. Po knows that he is not as strong as Tai Lung; however, he willingly battles Tai Lung. This battle is seemingly impossible to win as not even 5 masters of kung fu could defeat Tai Lung. Theseus is already very strong and during the fight with the Minotaur, Theseus easily overcomes the monster. Theseus also has the help of his father, Poseidon, who makes the monster sleep while he is looking for the monster in the labyrinth, making the battle with the Minotaur less challenging and dangerous. On the other hand, Po fights Tai Lung with absolutely no help and has to rely on himself to come out on top. As well, Po has no experience in real combat and has only practiced combat with Master Shifu. Theseus has slain many monsters before and has much more knowledge and experience on how to slay any sort of creature. Po is also more humble than Theseus. After Po defeats Tai Lung, he is welcomed warmly by the village but does not forget about Master Shifu, who is injured by Tai Lung. However, when Theseus is sailing home, having defeated the minotaur, he forgets to raise the white flag, resulting in the death of his father. Theseus is obviously drunk and rejoicing in his victory, focusing only on himself and his accomplishment. Theseus is lost in his victory and remembers nothing else, including his promise to his father. On the other hand, Po is very humble and speaks little of his victory; instead, Po continues to train hard to make himself stronger. Po is aware of the situation and does not let victory stop him from thinking rationally. As a result, Po has much more humility than Theseus. Finally, Po is more determined than Theseus. When Po is picked as the dragon warrior, everybody believes that a mistake has happened and that Po cannot possibly defeat Tai Lung. Despite all criticism, Po is very determined and does not give up, training hard with Master Shifu. Theseus is also very determined on slaying the Minotaur, not giving up even when the Labyrinth is full of obstacles. However, all of Theseus’s difficulties are physical, and he encounters no difficulty that is targeted at his emotions, specifically the doubt that Theseus cannot defeat the Minotaur. But, Po is faced with both physical and mental challenges. Po must not only develop the physique of the dragon warrior, which involves hours and hours of training but also convince himself that he is the dragon warrior and ignore all comments to the contrary. In conclusion, Po is more heroic than Theseus because Po is braver, has more humility, and is more determined.