Skip to content
Students who have read this piece: 2,821 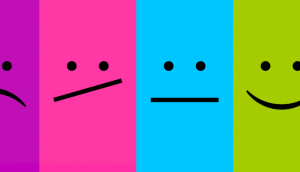 This creative assignment – Mood Change – is done by one of my grade 8 students. He has used the appropriate word choice as well as literary devices to change the mood of the original piece.

Seth lay in bed, staring at the gray wall. Another morning, he thought. Another morning and nothing has changed. These days, he woke in a daze, as if a thick fog surrounded his head. Today, he had no desire to get out of bed at all. It was raining hard. He could hear the steady beating of rain on the rooftop, the slick rush of rain as it emptied from the drainpipe to the ground. He could hear his parents’ footsteps below. They were probably drinking coffee, eating the same breakfast of toast and jam. Soon his father would pull his cap down against the rain and trudge outside, today like every other day of his life, to the barn to milk the cows. Nothing ever changes, thought Seth.

“Seth,” his mother called. “Are you coming? Aren’t you going to help your father?” Slowly, very slowly, Seth rose and dressed. He slid into his work boots, knowing that the ground would be muddy. As he trudged downstairs, he could see his whole future in front of him. He saw years of work boots and mud, years of feeding pigs and milking cows, years of following in his father’s footsteps. The steady rhythm of the rain droned into his head and heart. He wondered how long it would be before he left the farm for good.

Seth sat up in his bed, looking at the sunshine gleaming through the window. “Yes,” he thought, “Another great day!” Every day, he was awoken by the chirps of the birds perching on the window sill. Today, he was looking forward to all the farm activities he was going to do. The sun was rising high in the clear blue sky. He could hear the animals moving around, cows mooing and the pigs oinking. He could also hear his parents chatting and laughing. They were probably having a great breakfast. Soon, his father walked outside, whistling a cheerful country tune. Today, he was going to do a lot of fun activities. He was going to feed every animal they owned, to pick up all the ripe crops and foods, and to play and explore in the large farm. “Can’t wait to start a brand new day,” thought Seth.

“Seth,” his mother called. “Come down and try the waffles I’ve made.” Quickly, Seth jumped out of the bed, got dressed, and hopped downstairs. He ate the first meal of the day. After he finished his breakfast, he ran outside and felt the warm breeze brushing gently on his face. He took a glimpse of the lovely farm they owned through the window; he felt pleased and delightful.

Molly Wu
02:14 20 Apr 19
George is a very nice teacher, and I feel really comfortable while having classes. I only had a few classes with him... but I can see that my English inproved a lot with his help.read more