Skip to content
Students who have read this piece: 1,979 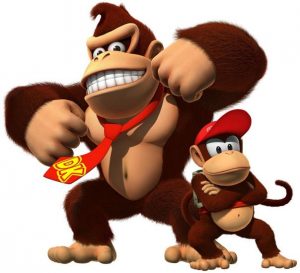 This short fable is written by one of my grade 6 students. He conveys his message through the animal characters very vividly. He uses the events in the story to clearly convey the theme that one should never give up. He also has written a descriptive story that is interesting to read.

On a hot, sunny day in a jungle, the king of the apes, the silverback gorilla, announced a tournament for the following week in the jungle between the African apes. The winner would fight another winner of another match and the one who beat all would be rewarded with a lifelong supply of mangoes and bananas. There was a monkey who wanted to join the fight too, but the problem was that the monkey was way too weak compared to the gorillas and apes. So, he decided to sign up for a fighting club. Having looked at him, Coach Chimpanzee, the club owner, said that he had no way of winning the match. The monkey saw gorillas training with tree trunks, pounding their chests; chimpanzees swinging from branches to branches, and bonobos howling.  The monkey felt no confidence in winning the match and decided to give up.

Staggering back home, the monkey, who had now lost all hope and confidence, came across an old duck by the side of the road. The old duck was a weak bird who could only walk using his stick. He was carrying a big bag of wheat. At times, he would stop and gasp for air, wiping the beads of sweat that were trickling down his forehead with the back of his wing. The monkey stopped and offered to help. The old duck nodded his head in assent. As they were walking to duck’s house, they struck up a conversation. “Years have passed since I could beat a hundred eagles with speed and maneuver,” the duck signed in sorrow. The monkey had a hard time believing what he was hearing. The old duck’s story sounded like a tall tale. However, soon the monkey realized he was conversing with the legendary duck, named Duckero, who was acclaimed all across the animal land for his valor and strength. The monkey told him immediately what he was planning to do and how he had been let down by Coach Chimpanzee. The monkey asked the old duck if he could teach him, and the old duck agreed.

The old duck assigned the monkey to do 120 push-ups, run for thirty miles every day, and climb one thousand trees. Soon, the monkey managed to chop a piece of jungle wood and catch drops of water from the falls easily. He even swiftly jumped from tree to tree. The old duck held out a piece of stone. Chop! The monkey easily broke it. The monkey was rapidly improving; he even saved a baby monkey from a hyena. On the final day of training, the old duck taught the monkey the iron kick and told him, “Those who only rely on their physical strength will be the losers; fight with your mind.” The monkey now knew what the old duck meant. He needed to use the power of his mind.